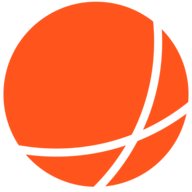 We made a new page with some videos that try to explain the concepts and workings of Centeam.

Soon, also Videos about the meals and shop module.

The last few weeks we crushed some bugs and modified some features:

The organisation of common meals can become more difficult than it should be. The meals module in Centeam allows for managing the subscriptions (adults vs children), for the different variations (vegan, meat ...) of the meal you and your crew choose to prepare. 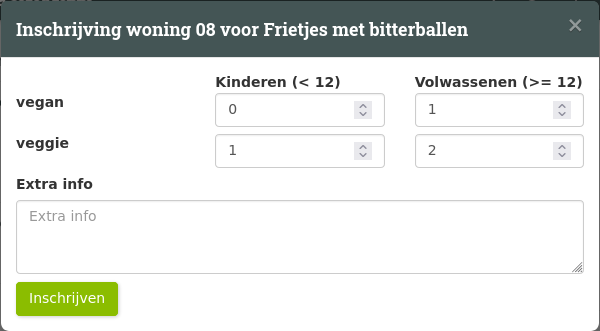 When your done, add the costs and select for each which variations the cost applied. Centeam will do the calculation for you..

From now on, it's possible to link multiple units to one user. In most cases because a user is owner of multiple units. To link extra units to a user, go to the Persons page, and open the user. There you will see the possibility to add more units.

It is even possible for a user to have multiple units across projects. The admins of the different projects don't have to do anything special. Just add the users with the e-mailadres and Centeam will make the link. This can also be interesing for multiple cohousing projects that also belong to a general ACO. Image you have three related projects. You registrer four projects. One for each project and an extra one for the general ACO. In this project you mannualy add all users and units of the three separate project.

The result is that users that belong to multiple projects or have multiple units will see a menu on top for switching between these projects or units. 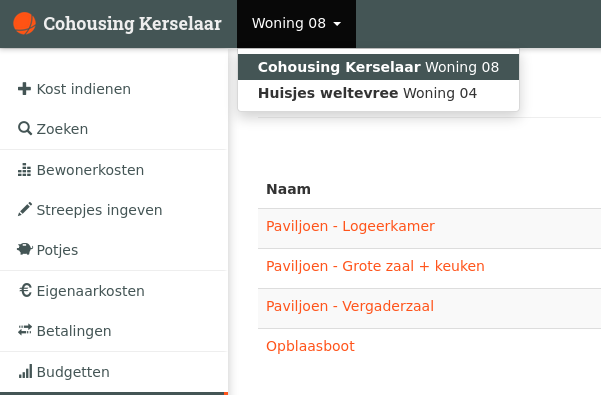 For the past five years, ‘Centeam' was called ‘Plnr'. This original name came from its original goal: create a do-it-all tool for cohousings. Soon it became clear that this was a little bit too ambitious but also not necessary. There are lots of tools to communicate, share files, plan activities, video calling ...

The only thing that we couldn't find a decent tool for was the finances of our project Cohousing Kerselaar. Until then it was a labour intensive soup consisting of Excel, Shared folders, LibreOffice, Google Spreadsheets ...

So the focus of Plnr-development quickly went in the direction of finances. Thanks to a rather long Corona quarantine and a sabbatical the time was found to finish the tool so it could be used by other cohousings.

Because the tool is now mainly finance-focused, a new name was called for. Eventually we decided to not make it too difficult and chose 'Centeam', the name we use ourselves for our own financial team in Cohousing Kerselaar.

Together with this change other changes happend as well: